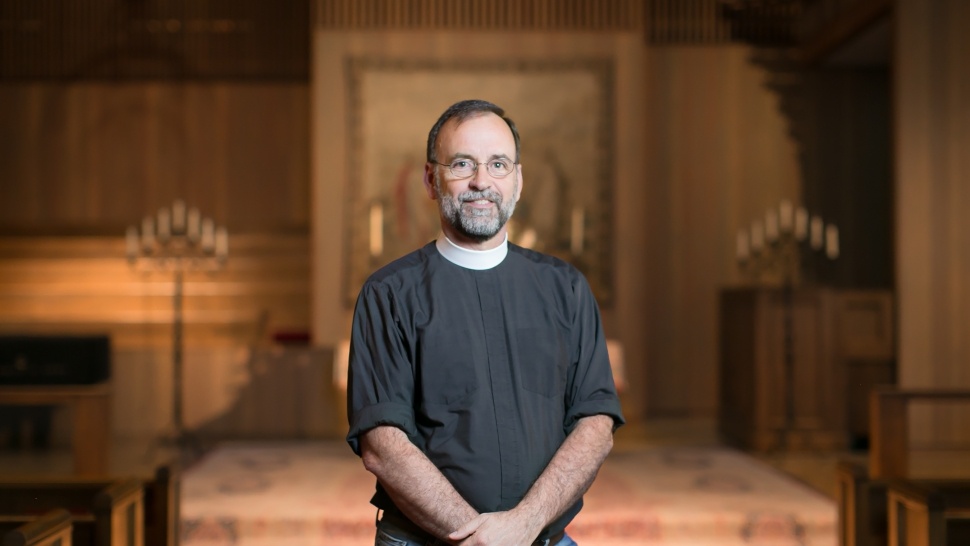 The Rev. Stephen Nickle, Trinity’s University Chaplain and the Everett H. Jones Chair of Ministry, will retire at the end of May 2018 and begin a new chapter in his faith journey and vocational discernment in a Clinical Pastoral Residency at St. Joseph Medical Center in Tacoma, Wash.

For 18 years, Nickle has nurtured a welcoming spirit on the Trinity campus. He has sought to serve as a positive influence in students’ lives by bringing his ministries of service, social justice, and spiritual guidance, regardless of their faith background. Nickle has been the embodiment of calm and solace that many students seek out during the often confusing and exploratory years of college life.

An ordained Presbyterian minister, Nickle began serving as Trinity’s Chaplain in 2000. In addition to his work with students, he has provided pastoral care and counsel to all members of the Trinity community. Living his mission to engage the community in faith development, his spiritual leadership has been visible in the numerous campus worship celebrations he has hosted and in the prayers, invocations, and benedictions he has offered at major University events.

“God has richly blessed my life here. I have integrated people and place in ways such that they will always be knitted to my soul. I am grateful to the Trinity family, at every level, as I venture forth into more of our vaunted ‘lifelong learning’,” Nickle says. 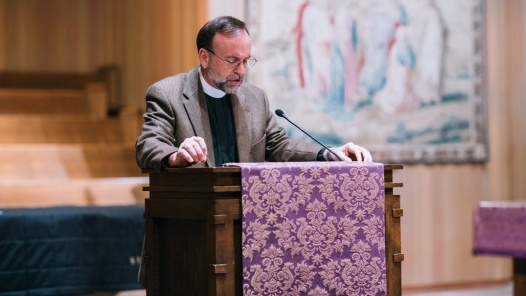 One of Nickle’s many accomplishments includes development of the San Antonio Plunge. Now in its 17th year, this pre-orientation program helps new students think broadly about how they will blend their Trinity journey with their own spiritual journey. The Plunge also introduces students to the broader San Antonio community, providing a link to meeting needs in the community where they live.

Nickle notes that over his years as Chaplain, a richer religious pluralism has grown on the Trinity campus. As a result, he has worked to promote attitudes and changes that have kept spiritual development relevant on a contemporary campus. He has supported a host of student faith organizations as well as promoted interfaith dialogue on campus. When Muslim students mentioned that there was a lack of prayer space on upper campus during the class day, he supported the creation of a multi-faith prayer space. He also assisted the Jewish Student organization in hosting Sukkot and seders for the Trinity community.

“Reverend Nickle has modeled the challenges faced by 21st century college chaplains in serving multiple faith groups on a single campus. Through this challenge, he has helped a host of student Christian groups find their place on campus, and welcomed Jewish, Muslim, and other faith communities to know that they have a home at Trinity,” says Danny Anderson, president of Trinity University. 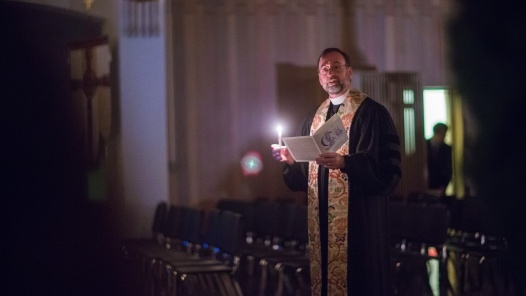 Nickle has also been known as a trusted and confidential partner to students who have sought his comfort and guidance in times of grief and loss. The deaths of two Trinity students this past year rocked the campus, and he was a source of solace and support for those affected. He held gatherings for students in an effort to foster discussion and reflection on those who has passed away. He says his Trinity journey has been filled with inspiration from those seeking direction and answers.

Stephen and his wife Catherine Morell-Nickle, who has served five years in Trinity’s Student Accessibility Services, have made a positive impact on the Trinity community.

A national search has been launched for Trinity’s next University Chaplain. A committee of faculty and staff led by Gary Neal, director of Counseling and Health Services, will work to evaluate the best candidates for consideration.

Anderson says “Trinity’s chaplaincy in the 21st century must continue to be characterized by a rich and multifaceted ministry. “Trinity’s Chaplain is an officer of welcome, inclusion, hospitality, and advocacy. Our ecumenical tradition will continue to require a chaplain who serves all individuals of all traditions, beliefs, and practices as they seek their own path for their Trinity journey.”