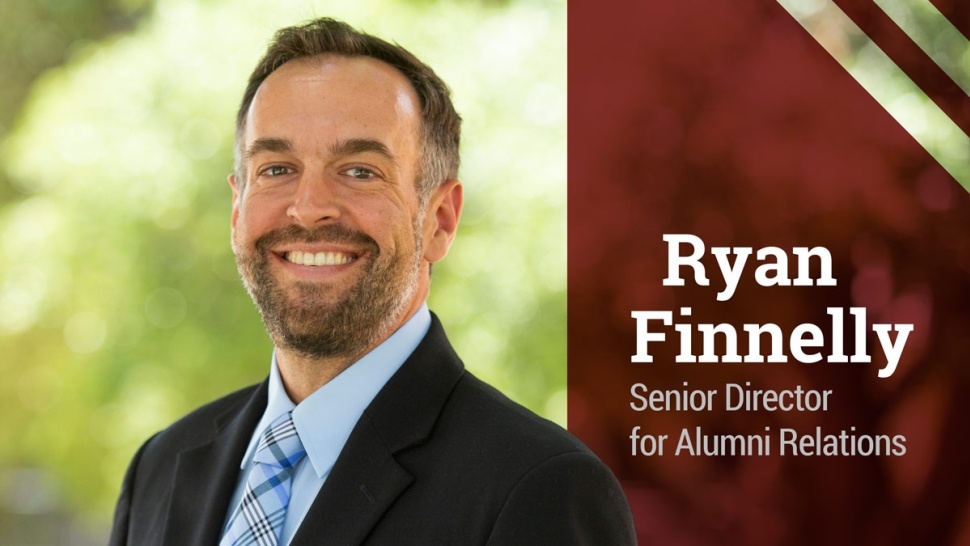 Ryan Finnelly, a seasoned alumni professional and fundraiser, will play an integral role in managing an experienced Alumni Relations staff while expanding opportunities for strengthening relationships with alumni. Reporting to Mike Bacon ’89, vice president for Alumni Relations and Development, he will begin his role at Trinity on Sept. 4.

“After an extensive search with many strong candidates, I am thrilled to welcome Ryan Finnelly to our team,” Bacon says. “His breadth and depth in both alumni relations and volunteer management will strengthen our efforts to keep alumni connected to Trinity.”

The senior director for Alumni Relations is responsible not only for enhancing the program’s traditional offerings, but also exploring the next generation of services to further support alumni in varying stages of life. “Working in an environment that is focused on impacting lives is exciting and to be in a role that seeks to connect people back to the place, experience, and people that influenced them is personally fulfilling,” Finnelly says.

Finnelly comes to Trinity from Loyola University in Chicago where he served as the alumni relations director for the Health Science Division. He has gained significant experience directing alumni, community, and parent relations in higher education, including donations management, alumni engagement, multi departmental leadership, operating budget reduction, recruiting, and events execution. He also brings experience in directing development in the areas of fundraising, training staff, and strategy coordination.

“Trinity alumni have a reputation for loyalty and a hunger to stay connected, and the University is committed to keeping its alumni involved through innovative engagement programs and opportunities,” Finnelly says. “I am invigorated to bring my alumni relations experience to this amazing institution in historic and culturally rich San Antonio and to play a role in advancing Trinity towards its future potential.”

Finnelly holds a Bachelor of Arts in Youth Ministry with an emphasis in communications from Trinity International University in Deerfield, Ill. He also earned his certification in film and television from the Los Angeles Film Studies Center in Burbank, Calif. After graduating, Finnelly coordinated post-production for several popular television shows and gained creative expertise through volunteering as a producer in the entertainment industry.

He and his wife, Emily, have three children: Henry (11), Nolan (8), and Caroline (6). As a family, they love movies, being outdoors, and actively cheering on the Chicago Cubs.