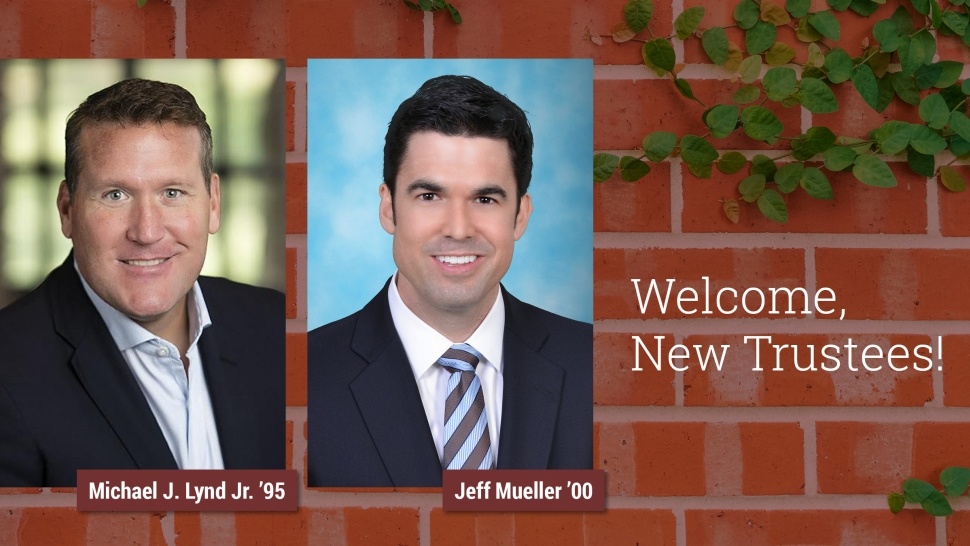 Trinity University is proud to announce the appointment of Michael J. Lynd Jr. ’95 and Jeff Mueller ’00 to its Board of Trustees. They will formally begin their service to the University at September’s Board meeting.

“I am delighted to welcome Michael and Jeff as contributing members of our Board. Both are energetic, high-performing corporate leaders who will serve Trinity well,” says Melody Boone Meyer ’79, chair of Trinity’s Board. “Both men are also Trinity alumni committed to helping  their University succeed in its mission of student-centric discovery, inclusion, and excellence.”

Trinity University is governed by up to 36 Trustees who are responsible for establishing policies for the governance of the University. Trinity is committed to recruiting a board that represents a variety of life experiences, perspectives, and talents. Future generations studying Trinity's history will look back on the past five years as a period of tremendous change and growth for the Board of Trustees. Fifteen of the current Board members are new; eight are women; one is a veteran; two are African-American, and one is a U.S. citizen through immigration. The University values the diversity of thought and experience brought by these new members and continues to benefit from the leadership of a highly effective and engaged Board of Trustees.

Michael Lynd is the CEO of Kairoi Residential providing strategic direction and leadership across the entire corporate platform. He is a co-founder of the acquisitions and development partnerships in 2003 and 2006 respectively, as well as a founding partner of Kairoi. Lynd has been deeply involved in the multifamily business as an owner and operator since 1995. His 25 years of experience make him an expert in the fields of multifamily management, investment, and development.

In connection with his role as Chairman of the Alamo Regional Mobility Authority as appointed by the Governor of Texas, Lynd serves on the Alamo Area MPO Transportation Policy Board and in the San Antonio Mobility Coalition. Lynd graduated from Trinity with a Bachelor of Science in business administration concentrating in finance. During his time at Trinity, he played football and baseball and was co-captain of the baseball team as a senior, while earning all-conference honors and leading Trinity to an SCAC Championship.

Jeff Mueller is a partner at Polen Capital, the co-portfolio manager of the firm’s Global Growth strategy, and an adjunct faculty member at Columbia Business School where he teaches the course, “Compounders,” within the Value Investing Program. Prior to joining Polen Capital, Mueller spent 10 years in the U.S. Marine Corps, during which he flew more than 200 combat missions in F/A-18s.

Mueller received his Bachelor of Arts in communication and business administration from Trinity where he was captain of the men’s tennis team, an All-American student-athlete, and a member of the 2000 NCAA Championship team. Mueller is a Tillman Scholar and earned his M.B.A. from Columbia Business School. He graduated with honors and distinction and was a member of Columbia’s renowned Value Investing Program. He was also active in successful veteran recruitment and inclusion programming at Columbia. He currently resides in Florida with his wife, Maureen Mueller ‘02, and two children. 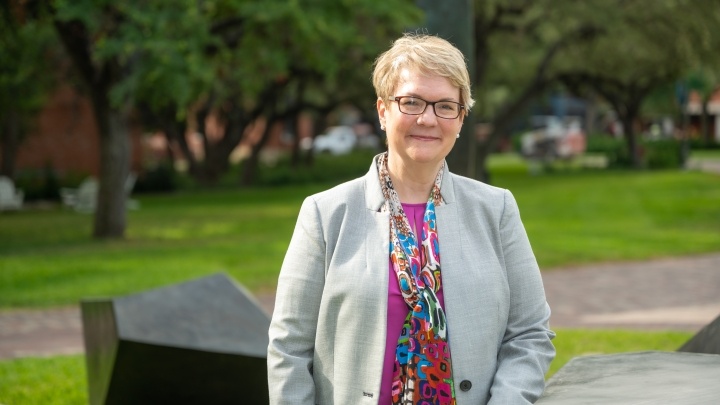 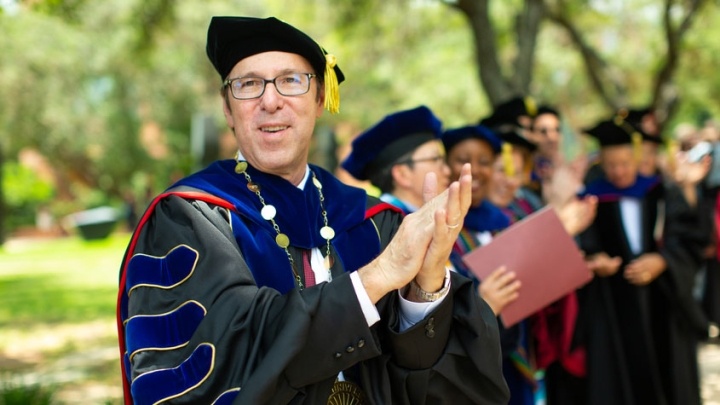 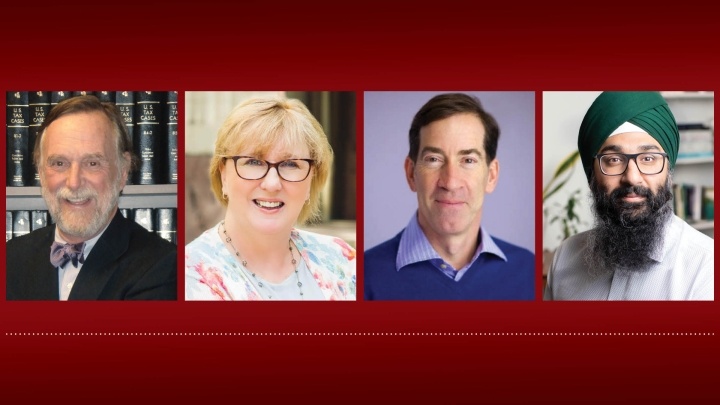