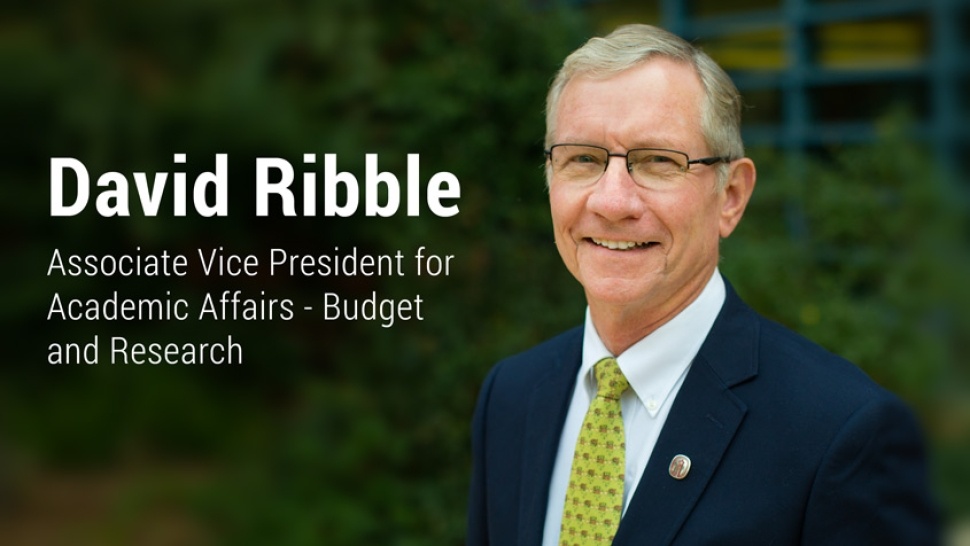 David Ribble, professor of biology at Trinity University, has been named associate vice president for Academic Affairs: Budget and Research.

Ribble, a vertebrate biologist who teaches courses in ecology, evolution, and conservation biology, employs methodology that instills awe in students, usually involving field research. He has led study groups to New Mexico, Mexico, and Costa Rica. While directing a program in Africa in 2006, he was invited to join an expedition of researchers in Tanzania. Ultimately, the team discovered a rare species of elephant-shrews, also known as the grey-faced sengi.

“Dr. Ribble is sure to become a valued member of the Academic Affairs leadership team,” Jones says. “He is knowledgeable about the University strategic plan for the integration of the liberal arts and sciences with professional programs coupled with a strong commitment to our core Trinity values, which leads me to believe he will be an asset in this position.”

Ribble will be responsible for maintaining the University’s commitment to the highest levels of academic and professional excellence in teaching and research. He will oversee budgets within Academic Affairs, administer capital improvement and capital equipment requests, guide faculty development, supervise sponsored research and undergraduate research, and coordinate a range of lecture series held annually on campus.

Ribble came to Trinity in 1992 and served as chair of the Biology Department from 2004 to 2015. While chair, he helped secure more than $9 million in grants and revised the biology curriculum to improve learning outcomes for students. He was known as the “faculty shepherd” during the planning for the Center for the Sciences and Innovation to link faculty with architects and others to design and build a center intended to put science on display and connect academic disciplines that had not worked together in meaningful ways. In addition, Ribble was appointed a Murchison Term Professor at Trinity from 2014-17, an honor for exceptional achievement in teaching, research, and service, and earned a Distinguished Service Award from Trinity in 2016. He was the 2008 recipient of the Z.T. Scott Faculty Fellowship, the highest individual faculty award at Trinity. He is active nationally as a PULSE (Partnerships for Undergraduate Life Science Education) Fellow and a Councilor for the Council on Undergraduate Research (CUR).

During his 24 years at Trinity, Ribble said he has been “a champion of engaging, promoting, and fostering faculty scholarship and undergraduate research” – all duties that prepared him for his administrative role.

He said his strong record of leadership is based upon communication and community-building skills that rely upon his integrity, openness, honesty, and ability to bring people together in a light but serious and collaborative spirit. He noted that his role as the CSI faculty shepherd required him to solicit all ideas and needs from individuals and balance them against the needs of different departments and the entire Trinity community, and against the realities of budget constraints. The result is “a hugely important project that has done wonders for undergraduate research at Trinity.”