Trinity University has named Juan Sepúlveda, J.D., as its first President’s Special Adviser for Inclusive Excellence. The position is tasked with the administration, management, coordination, and implementation of campus-wide programming that promotes diversity and fosters inclusion and access for students, employees, alumni, and other stakeholders. Sepúlveda will report directly to the president.

The leadership role was first envisioned and recommended by the President’s Diversity and Inclusion Task Force, which was formed in the summer of 2020 after a number of racial incidents forced Trinity and the nation to begin reckoning with the past and re-envisioning the future. A senior diversity, equity, and inclusion leadership position was one of 29 recommendations made by the group. Sepúlveda served as an adviser on the Task Force.

“I am delighted that Juan has answered the call to serve in this vitally important role at Trinity. He has a proven record of not only visioning what should be, but he also possesses the ability to work collaboratively to turn good ideas into reality,” says Danny Anderson, Trinity President. “Belonging and inclusion are essential parts of what it means to be a top liberal arts university, and I am excited by the impact that Juan will have.”

Sepúlveda will convene a newly formed Inclusive Excellence Advisory Council. The cross-campus council will be co-led by the Dean of Students, the Director for Student Diversity and Inclusion, an Associate Vice President for Academic Affairs, and the Chief Human Resources Officer. Incorporating input from this council and other stakeholders, Sepúlveda will develop and implement a goals-based strategic plan for inclusive excellence.

“I am excited to help Trinity on its journey towards inclusive excellence. I am a strong believer in the power of relationships, and one of my primary goals is to create an environment where we can discuss important but difficult issues that matter to all of us,” Sepúlveda says. “I want to establish guiding principles that help foster strong partnerships, ensuring that Trinity is a welcoming environment for students, faculty, staff, alumni, and the larger San Antonio community.”

Presently, Sepúlveda is the Calgaard Distinguished Professor of Practice in Political Science. During his time at Trinity, he developed the University’s first year-long Latinx leadership development class, in collaboration with Rita Urquijo-Ruiz, Ph.D., Dania Abreu-Torres, Ph.D., and Elseke Membreño-Zenteno from the MAS (Mexico, the Americas, and Spain) program, designed to build community and a sense of belonging. The program will be offered to African-American students in Fall 2022. He also teaches a course titled “The Mayor and the City: Seminar in San Antonio, TX Problem Solving,” which incorporates Trinity’s hallmark experiential learning concept. Working in conjunction with San Antonio Mayor Ron Nirenberg ‘99, students can research and recommend a plan for some of the city’s most pressing issues. 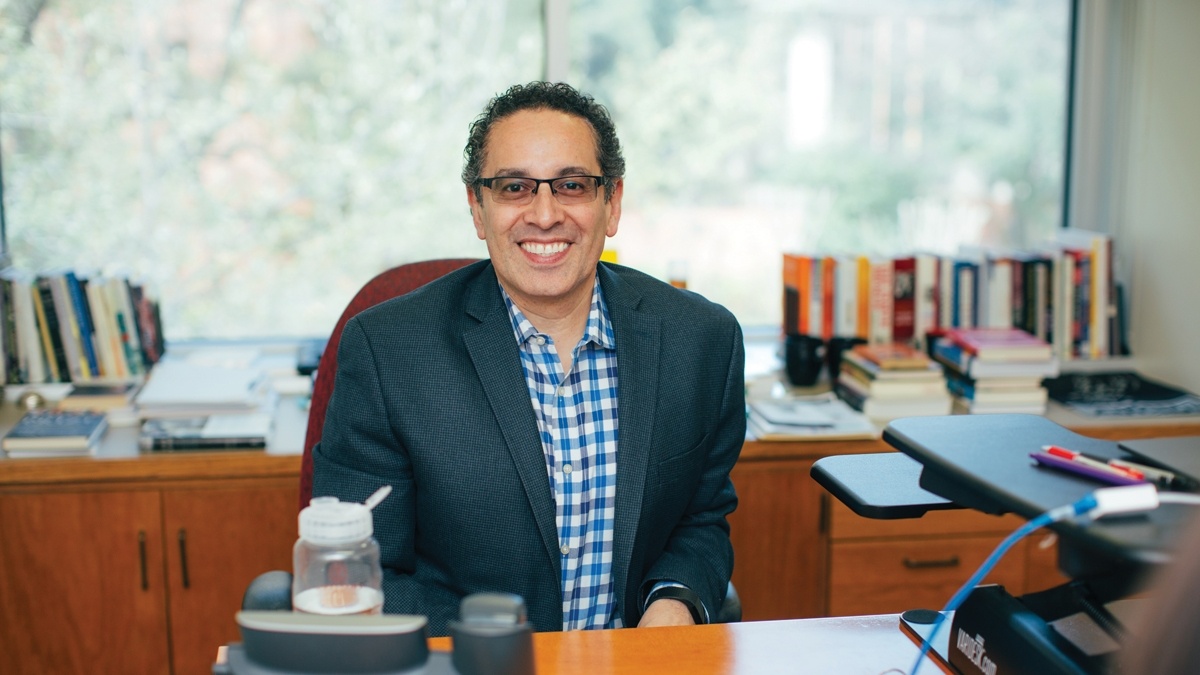 After the 2020 Presidential election, Sepúlveda served on the Biden-Harris presidential transition team as a member of the Arts & Humanities Agency Review Team. Prior to Trinity, Sepúlveda was a Senior Vice President of Station Services and System Leadership at PBS, where he worked to strengthen relationships among 161 independent PBS stations. He has also been an author, fundraiser, political appointee, community builder, presidential campaign staffer, and public television talk show host.

Sepúlveda will be temporarily reassigned to the President’s Special Adviser role through Fall 2022. The position is a forerunner to a permanent Vice President for Inclusive Excellence, which will be established by Trinity’s next president. Anderson recently announced his retirement, which begins at the end of May 2022. Thursday, January 27, 2022
Tomas Hrbek has a knack for complexity. You can see it in his eyes—complex…
Faculty
The Trinity Story 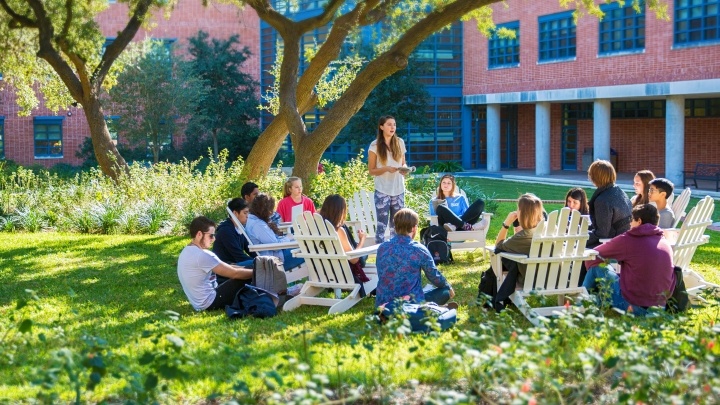