The physics department offers several levels of research courses, and summer research positions are often available. Our research programs cover a wide range of physics and astronomy, including significant interdisciplinary work. This research is supported by the NSF, Research Corporation, NASA, and other funding agencies.

Students who gain research experience at Trinity are also strong candidates for national and international summer research programs, and our students have worked at various U.S. locations and in other countries including Australia and Germany. These research experiences often lead to co-authorship on publications and give our students a strong advantage when applying to graduate school, as evidenced by their success in gaining acceptance to top Ph.D. programs, including those at Cornell, Harvard, Princeton, Rice, Stanford, and the University of Texas.

Kelvin Cheng is establishing both a computational biophysics lab, including supercomputer access, and an experimental biophysics lab for single molecule spectroscopy, all to pursue his molecular dynamics studies of protein misfoldings implicated in neurodegenerative diseases.

Dennis Ugolini's work focuses on making 21st-century physics research and cutting-edge equipment accessible in the undergraduate laboratory.  This program centers on the Arduino, an open-source electronics platform that replaces much of the complexity of filter and feedback circuits with software.  Current projects include developing an inexpensive device to measure laser wavelength to 0.1 nanometer precision, and a system for controlling the length of an optical cavity.

Jennifer Steele runs nanofabrication facilities that include a wet chemistry and optics lab to fabricate and characterize nanostructured surfaces and nanoparticles made from gold, silver, and other metals.  These structures have applications in biophysics and physical chemistry.  She also manages Trinity’s atomic force microscopes and scanning electron microscope.

Niescja Turner’s research interests include the physics of near-Earth space and the Earth’s magnetosphere. She uses satellite data to study magnetic storms as well as quieter phenomena. She is also deeply interested in issues of equity in STEM.

Nirav Mehta has established a lab for computational physics to pursue theoretical advances in our understanding of quantum few-body systems, e.g., a system of four ultracold atoms.

David Hough has a computing facility for reduction and analysis of astronomical data obtained with radio telescopes like the National Radio Astronomy Observatory's Very Long Baseline Array. He and his students make images of relativistic jets in distant quasars to test physical theories of these objects.

Orrin Shindell’s research focuses on the physics of living systems, usually at the cellular level. Often this work involves studying experimental models, i.e., artificial cells, that retain one or several properties of living cells. These experiments use microscopy techniques to make measurements that can be compared to theoretical calculations.

Take a look inside CSI 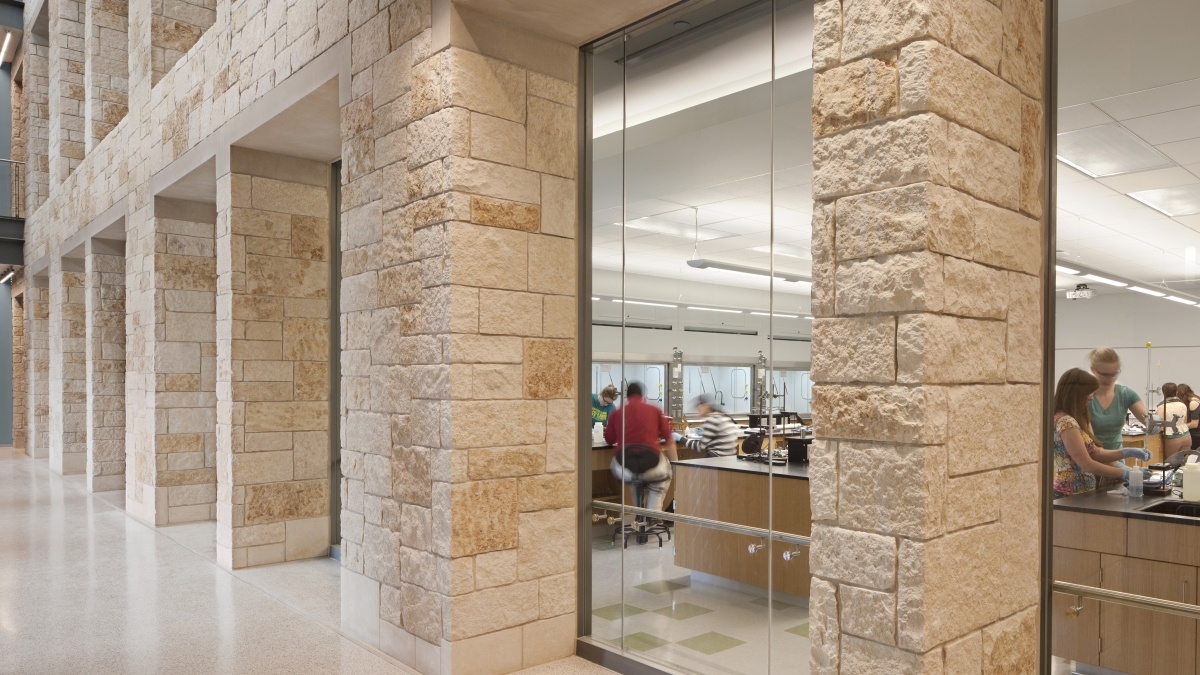 Visible, glass-walled laboratories are complemented by cozy group study spaces, inviting open and accessible student and faculty collaboration. Research groups benefit from the efficiencies of using shared instrumentation, as well as collaborative spaces for ideation and development. Labs are equipped with sophisticated instrumentation and machines, and much of the research done in these labs are published in leading scientific journals.