Behind the Scenes of Justice
Trinity’s debate program prepared this staff attorney for research-heavy work in the appellate court
Nicolette Good ’07
Thursday, October 31, 2019 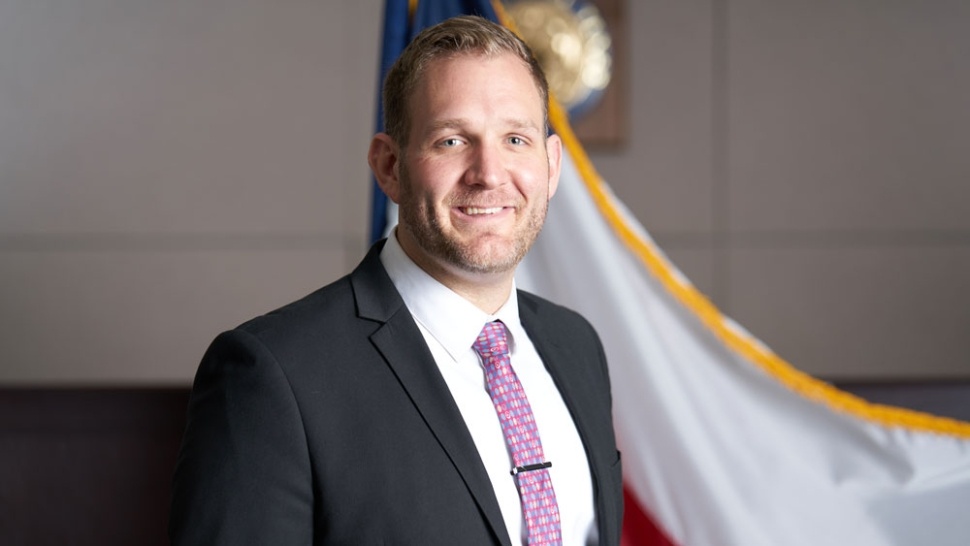 Michael J. Ritter ’07 will tell you he is equal parts nerd and competitor—two traits driving his debate competition in high school and college. Today he works behind the scenes of the Fourth Court of Appeals as a staff attorney for Justice Luz Elena D. Chapa.

“Being a lawyer is like being a debater, but you get paid for it,” Ritter muses.

Working in downtown San Antonio, his days are occupied with researching the law and applying it to the facts of a case, then preparing orders for judges to review and drafting opinions that eventually become the law of the state of Texas.

“We are in-house lawyers who advise the court’s seven justices on how to rule,” explains Ritter, who wants to help people understand the basics of the court of appeals.

He explains the appellate legal process with the coolness of man spelling his name: If a party involved in a trial asserts that the trial judge ruled in a way that incorrectly affected the outcome of the case, that party can file a notice of appeal. Staff attorneys like Ritter review the court reporter’s trial transcript and any relevant case files and draft an opinion. Three justices look over the opinion and issue a judgment as to whether the trial judge erred and indeed affected the outcome of the case.

Many cases Ritter sees are business disputes and intergovernmental conflicts. Recently, legal questions before the Fourth Court included whether or not municipal plastic bag bans are constitutional, and whether or not the city of San Antonio can be sued over its development of the Hays Street Bridge area.

“In Texas, Court of Appeals judges are elected by the people,” he explains. “Despite a lot of public interest, there is a knowledge gap about what we do.”

Ritter’s deep understanding of the law took root when began competing on debate teams in high school. After earning a Baker Duncan Scholarship to attend Trinity, Michael immersed himself in the speech and debate team under the late Frank Harrison, J.D.

“We called him Frank,” remembers Ritter, who is the first person in his family from Round Rock to graduate from college. “We were a small debate team, and he was very supportive of the program. For us, debate was our entire lives.”

Harrison, who passed away two years after Ritter graduated from college, consistently qualified Trinity debate teams for the National Debate Tournament and for the elimination rounds of the American Debate Association, an organization he co-founded.

At the time, most other college debate teams had coaches and innumerable people sharing the load of researching arguments.

“Frank was more of an administrator than a coach. It was really up to the students on the debate team to do all their own research, their own writing—which I found tremendously helpful in law school and in the practice of law.”

As a Trinity sophomore, Ritter competed in the Liberty University Debate Tournament with his first-year teammate, Christopher Tracy. Following back-to-back debate rounds, they advanced to the finals exhausted, only to find their opponent’s team had 10 or more people helping them to research, write, and prepare.

“How are a sophomore and a first-year going to pull this off when we have a team of researchers against us?” Ritter recalls thinking to himself. “In the round we ended up doing it. We were able to defeat a large team of researchers because we had done the work.”

The summer after his freshman year, Ritter co-founded a company, The Forensics Files—not to be confused with the true-crime television series Forensic Files—which produces debate study materials for teachers and students.

“We prepare debate materials on topics including eminent domain and affirmative action,” says Ritter, who was a member of Lambda Pi Eta Honor Society of the National Communication Association. “I am still doing it 15 years later, and we have customers in 47 states as well as internationally.”

He went on to graduate with honors from The University of Texas School of Law, and he attributes his career success to having to think on one’s own. Ritter currently serves as president of the San Antonio LGBTQ Bar Association, and as secretary of TYLA, the Texas Young Lawyers Association.

“Nothing could have better prepared me for the practice of law than Trinity debate,” says Ritter.