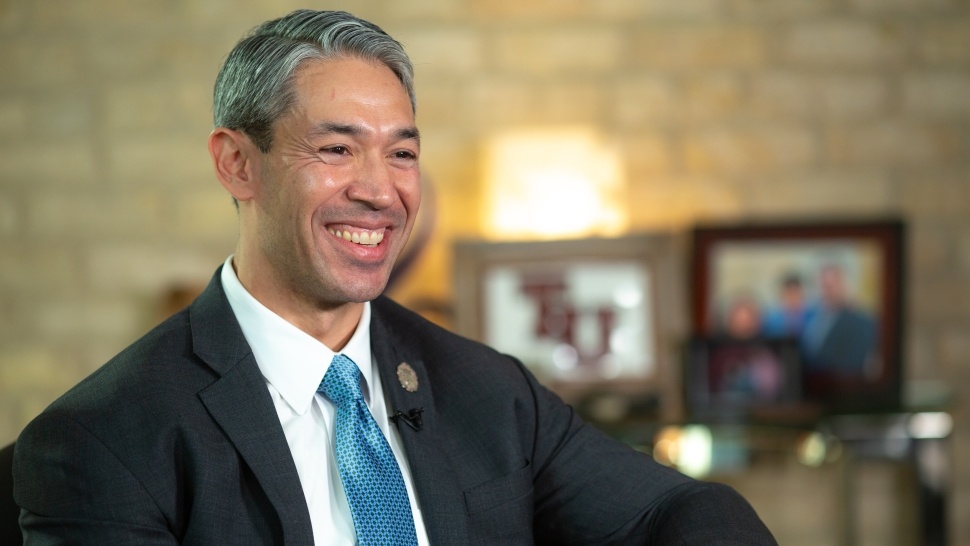 After Americans abroad had been exposed to the novel coronavirus, San Antonio Mayor Ron Nirenberg ’99 learned Joint Base San Antonio-Lackland would become a federal quarantine site, ushering him into what would become a frenzy of work leading the city through the COVID-19 pandemic.

An initial cohort of 91 evacuees arrived at Lackland to be housed under guard by federal marshals in mid-February. A week later, one individual tested positive for COVID-19, and city residents began to feel uneasy.

Unease soon turned to panic when that evacuee was released by the Centers for Disease Control and Prevention following a two-week isolation. Initial tests had indicated the individual was free from the disease, but results received after the release could not rule COVID-19 out.

Nirenberg had to act swiftly to halt any further evacuee releases. The next day, he issued a local state of disaster and public health emergency order for San Antonio. Bexar County Judge Nelson Wolff echoed the declaration for the county.

“It caused alarm,” says Nirenberg, recalling evacuation missions for Americans who had traveled near Wuhan, the city in China where the virus first began to spread. “We got a lot of criticism when I issued the first public health emergency declaration. [But] what it did do was put our community on heightened alert. That has helped us tremendously.”

Both Sides of the Camera 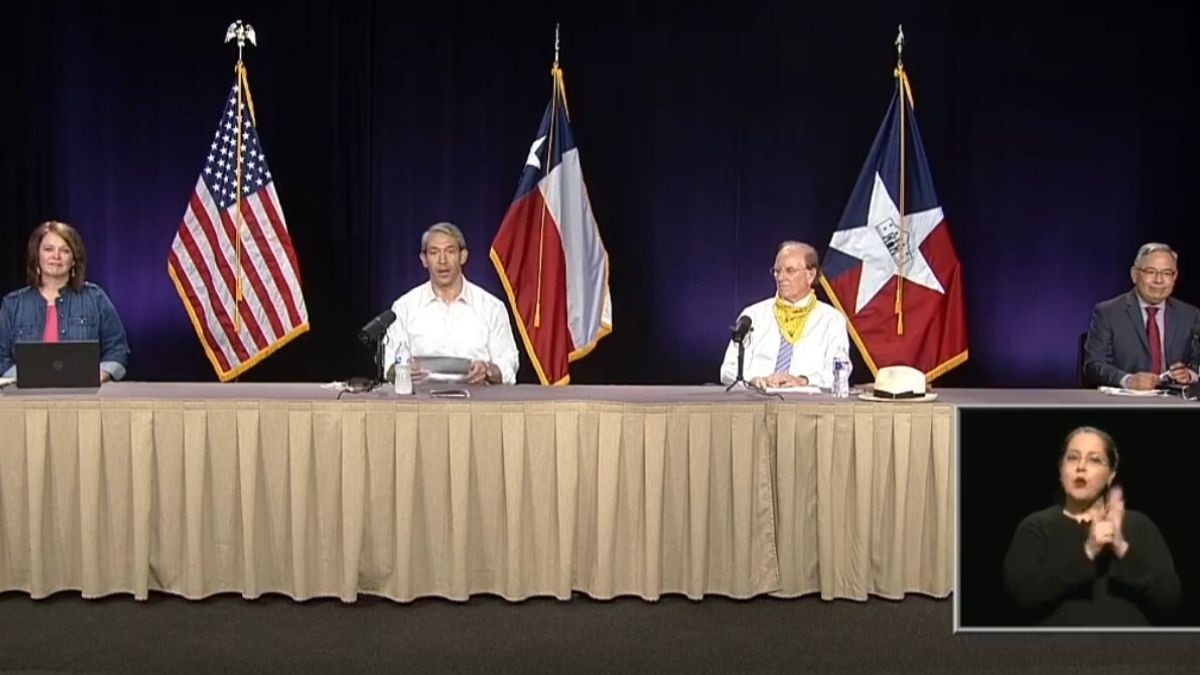 As the city continues to fight the coronavirus, Nirenberg prioritizes early communication to his primary constituency—the public—to keep their heightened alert from edging into panic again. During frequent TV appearances nearly every night, both Nirenberg and Wolff offer guidance about social distancing, admonitions against hysteria, and even stern warnings when these measures are not taken seriously.

These briefings depend on clear and consistent information, which, Nirenberg says, require more behind-the-scenes collaboration than people may understand.

“There were difficult conversations about data transparency early on in the reporting of our numbers,” Nirenberg recalls. To get everyone on the same page, his office gathered together media, public health officials, and public information professionals to devise a strategy for more accurately sharing data and information with journalists.

“We implemented their recommendations,” Nirenberg says, “and now Bexar County is one of the leaders in access and transparency of data.”

Nirenberg also commends the teamwork between governance and action groups during this emergency. He says San Antonio is an outlier when it comes to recalibrating an entire system of governance to respond to its citizens’ essential needs. Governments in Texas and around the country are being tested–and some are bordering on dysfunction as a result–as they collaborate in response to COVID-19. Because of the teamwork behind the scenes in San Antonio, though, that’s not the case.

“I am proud of the historic collaboration that has occurred among the city, the county, and COVID-19 action community work groups,” the mayor remarks. 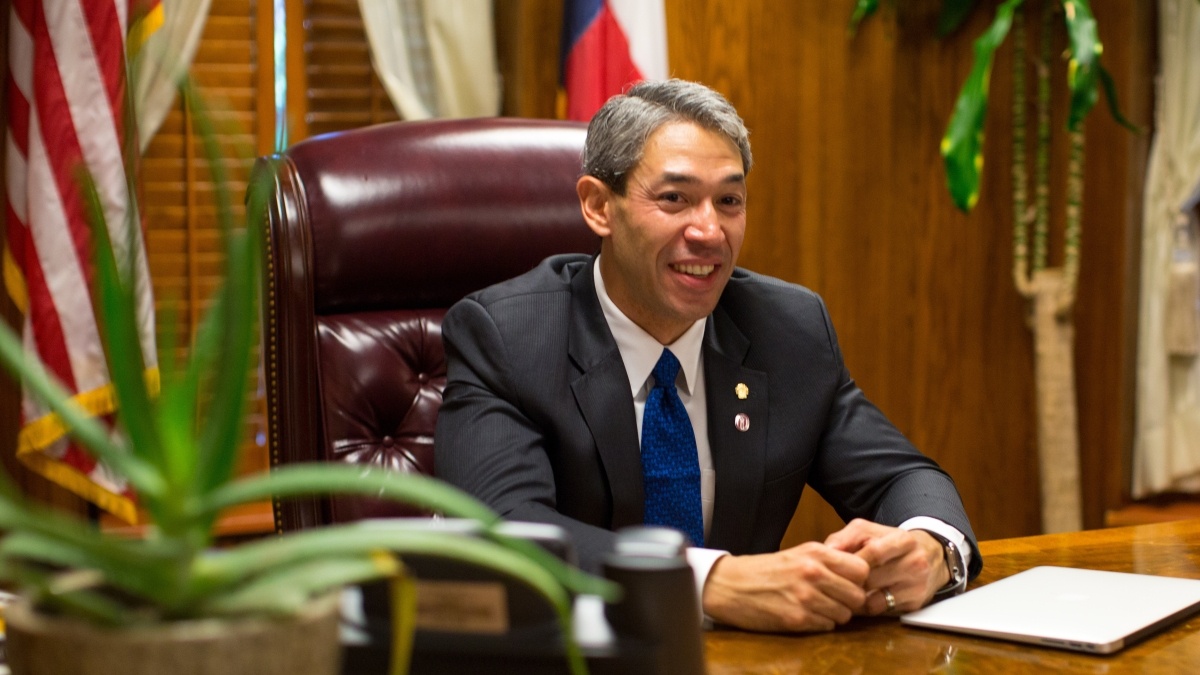 Nirenberg, a communications major at Trinity, was elected mayor of San Antonio in June 2017 after serving two terms as a city council member. Before COVID-19 had entered anyone’s vocabulary, he was focused on combating historical inequality and generational poverty in the city. He took steps like establishing equity as a criterion in both developing public policy and setting budgets for the city.

This inequality and poverty is now entangled in the pandemic, pushing already vulnerable families past their breaking points.

“[These disparities] have been exacerbated by the fact that even meager paychecks have stopped coming in during this crisis,” says Nirenberg. He cites issues including the digital divide, food and housing insecurity, lack of access to transportation, and the struggle to earn a living wage.

The mayor says the general public can no longer ignore that the economy’s significant underlying conditions make it susceptible to immediate collapse during the pandemic.

“It is now the rallying point,” he says, “as we try to rally this community around ending historical inequity and the back-breaking poverty too many families experience.”

In a crisis or not, Nirenberg says his constant message as mayor must be that the city will persevere.

“The overall mission of a leader is to provide hope,” Nirenberg says. “In fact, that’s probably the most important mission.”