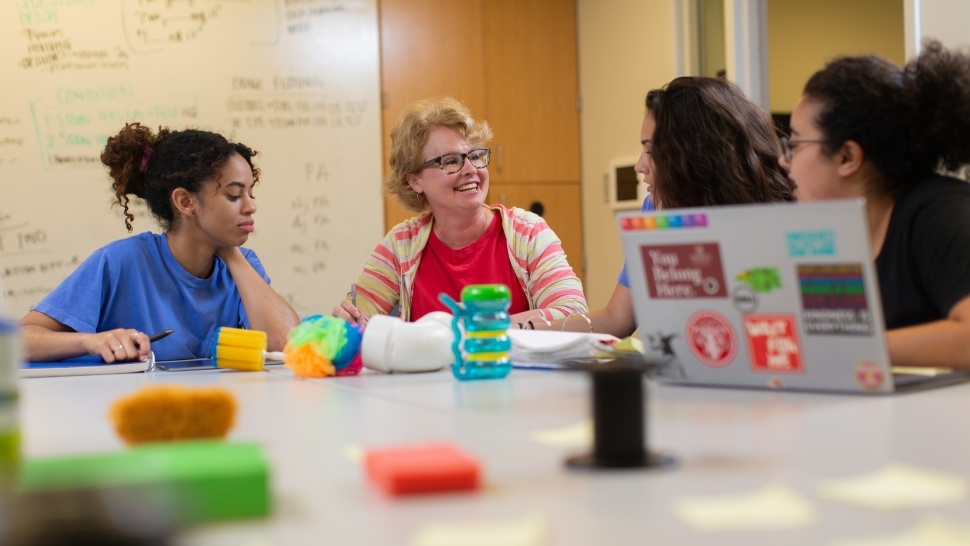 “Learning a verb means trying to figure out what an adult is thinking about when they use this word,” says Childers, chair of the psychology department at Trinity.

She says this difficulty is due in part to the fact that adults rarely label their actions. For example, a volleyball player does not say “I am walking onto the court,” “I am jumping,” or, “Now I’m spiking the ball.”

“To learn a verb means hearing action words and then trying to figure out, out of this whole dynamic scene, what that verb might be picking out,” says Childers, who joined Trinity’s faculty in 2000. “That’s a fun problem to work on.”

Her research centers on the mental processes that underlie the ability to learn verbs, using experimental designs to study developing children aged two to four years.

“Imagine a child is at a volleyball game,” Childers says. “They could be hearing and seeing a lot of different verbs, like ‘score,’ ‘spike,’ ‘yell,’ ‘jump,’ ‘run.’”

One possible view of the mental processes at play happens to be the view Childers takes: The first time a child hear a novel verb, the child stores whatever information they can and links it to that new verb. But Childers says the verb’s meaning probably remains unclear to the learner.

She says one way children may learn verbs is to compare this first example (of a verb and an action pairing) with one or more new examples that follow.

“If they can hear it a second time, then recall the first exposure and compare it to the second, they can learn a lot from that comparison: Is the person moving? Is it always a person? Is a ball necessarily involved?” says Childers, who earned her doctorate and master’s degrees in developmental psychology from the University of Texas at Austin. 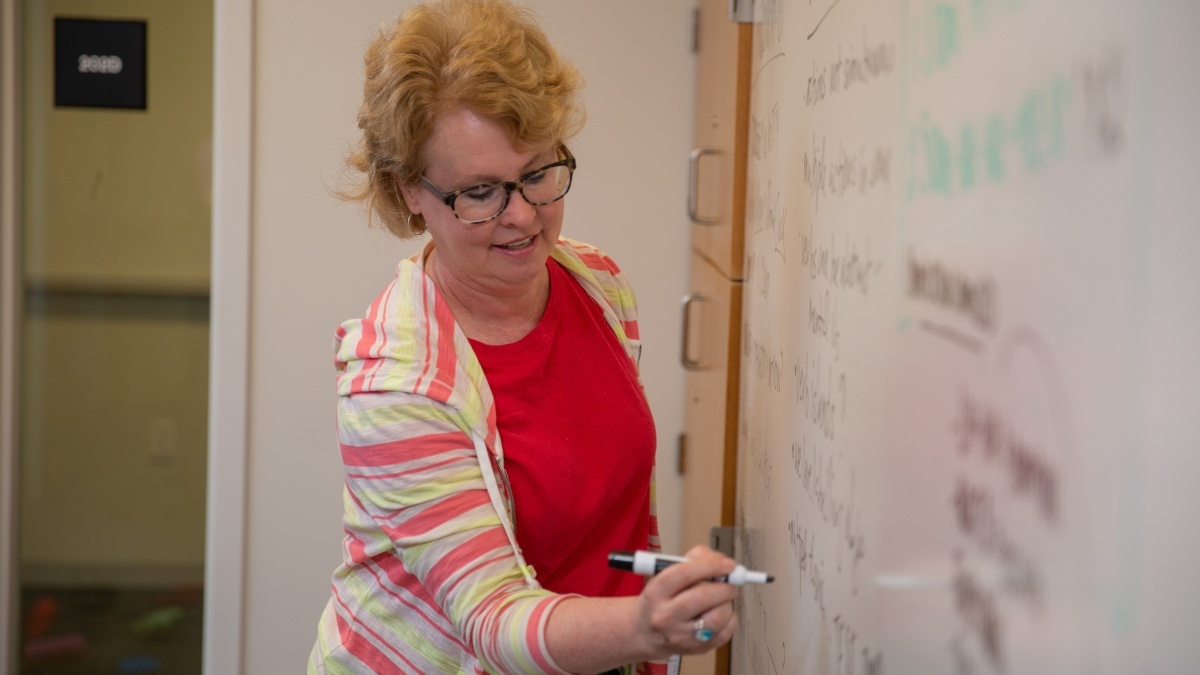 By comparing examples, similarities and differences across the comparisons tell the learner what is and is not important about that verb.

Childers experimentally examines the role of the exposure to comparisons by giving kids verbs they have not heard before—either by showing them live events or using videos—then controlling the types of comparisons available and testing how those comparisons influence what the kids think that verb means. For example, Childers was an early adopter of a new technology called eye tracking. Eye trackers help a researcher record precise eye movements. Studies show that where participants look has connections to what they are thinking about.

“The eye tracker lets us look at which parts of that event they seem to be most interested in as they get more than one event to compare,” Childers says.

Over the years, Childers has mentored many students in her lab, which runs all year long. She has mentored students in more than 10 thesis projects and usually supervises about 10 students in the lab each semester. This summer, Childers is working with five students to conduct research.

“Students have been invaluable to my lab,” Childers says. “They bring their own talents to the research team and together, questions are asked, answers to those questions are revealed through the results of studies, and more questions emerge as well. There are so many questions to be asked that developmental psychology, and particularly studying word learning, is great to be a part of!”