“You put this family in danger.”

Each word is laced with venom, cutting deep. And while Julia Grace Palmer ’19 knows they’re just part of a Trinity-produced theatrical production about AIDS and HIV stigma, remembering that these words are real gives them an even heavier weight. 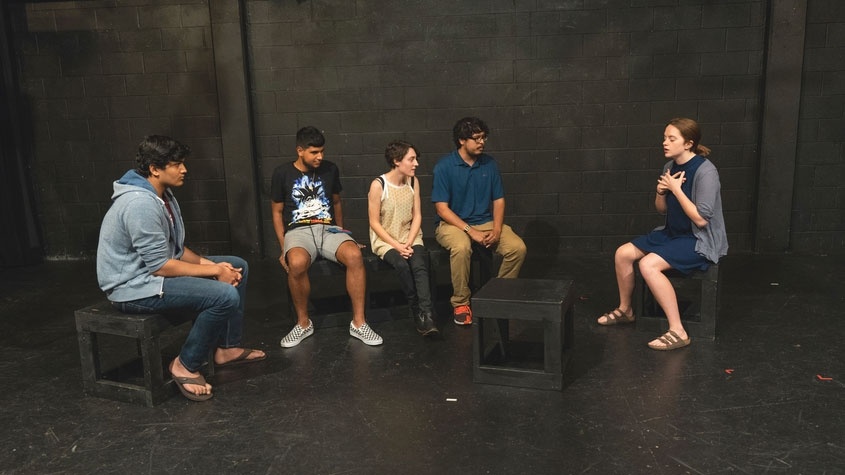 In the production, AtticRep’s “End Stigma; End HIV/AIDS”, Palmer plays a daughter trying to share good news with her family: after years of fighting HIV, she’s now become HIV-undetectable, a major treatment milestone that means she can’t pass on the virus. But her family—a father, mother, and two brothers—still rejects her, refusing to even let her touch any food or plates in the house for fear of contracting the virus. This scene draws from a Trinity research project on actual abuse endured by HIV-positive people.

“This kind of stigma still is the biggest issue HIV patients face,” says Palmer, a political science major. “It keeps people from getting tested, and it keeps them from getting care.”

But Palmer’s performance isn’t meant to be a tragedy. The Trinity production, led by professors Robert Huesca, communication, and Roberto Prestigiacomo, human communication and theatre, draws from a technique called forum theater, which gives the audience a chance to flip the script. 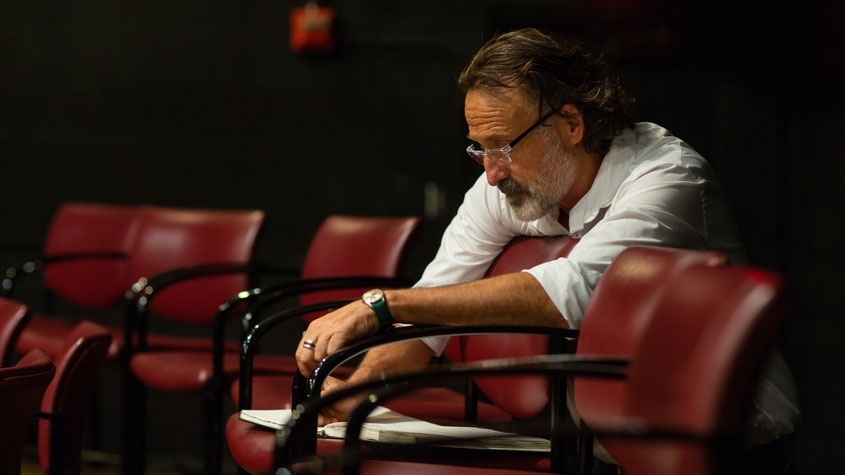 Fellow performer Rohan Walawalkar ’20 says this means performing every scene in the production a second time. Then, audience members can demand changes in actors’ behavior, replace characters themselves, or even create new ones.

“The first go-round, you’ll see a person being oppressed, and everyone in the room is highly on edge. You can taste the tension in the air,” Walawalkar says. “But we perform every scene a second time, and the audience can intervene. And once that first person breaks through, there’s just this cascade of people wanting to make changes.”

While this performance technique is an invaluable way to spark dialogue, location has been just as important a factor for the Trinity group. Rather than staying within the comfy confines of the Attic or Ruth Taylor Theaters to put on their play, the team has performed in treatment clinics, shelters, and similar spaces before crowds full of HIV-positive people throughout San Antonio, Huesca says. 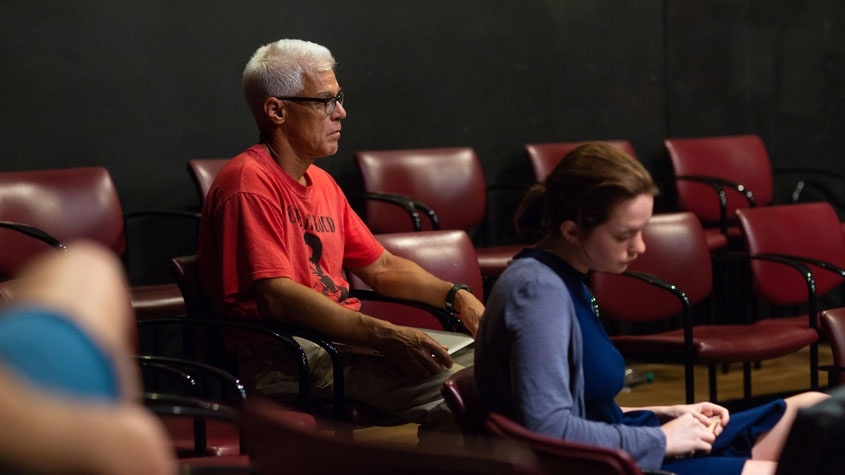 “We’ve had people shouting at us, ‘That’s not what happens; that’s not what HIV-undetectable means,’” Huesca recalls. “And that leads to some unbelievable moments.”

And not all of these moments involve shouting.

During one performance, an audience member witnessed a scene where a man berates and then abandons his devastated younger brother—just diagnosed as HIV-positive—at a medical clinic. Intervening, the audience member stepped in for the actor playing the older brother, and simply kissed the younger brother on the forehead.

“I never understood the power of theater until I saw this,” says Walawalkar, who plans to work in the medical field. “With forum theater, I could see these same techniques working to improve patient experience in hospitals and clinics.”

For a student who came to Trinity “expecting to be in a lab all day,” Walawalkar says he “can use an experience like this to connect the humanities to the medical field.”

Those connections also strengthen Trinity’s relationship with the community, says Chiara Pride ’20, an anthropology and political science double major who is the president of PRIDE, Trinity’s LGBTQIA student organization.

“To see Trinity students, whom some people might think are isolated, or that we don’t have to worry about HIV, to see that we are recognizing the stigma in the community, is going to open up the conversation around HIV,” Pride says.

While the group wrapped up their final performance on campus July 23, each student continues an individual research project, funded by grants from the Andrew W. Mellon Foundation, relating to the production. Pride is examining models of structural vulnerability and structural competency in clinician and patient interactions, while Walawalkar is focusing on forum theater’s potential to reduce stigma, and Palmer is exploring the barriers to HIV care faced specifically by the Latino community.

For Palmer, doing this type of research at Trinity means her work doesn’t end when the script comes to a close.

“I’m interested in social justice and community involvement, but I never thought I’d have a chance to combine the two,” Palmer says. “This is real life, this isn’t just a story: this is something you have a part in. Here, you can make a difference if you stand up for something that you saw was going wrong.” 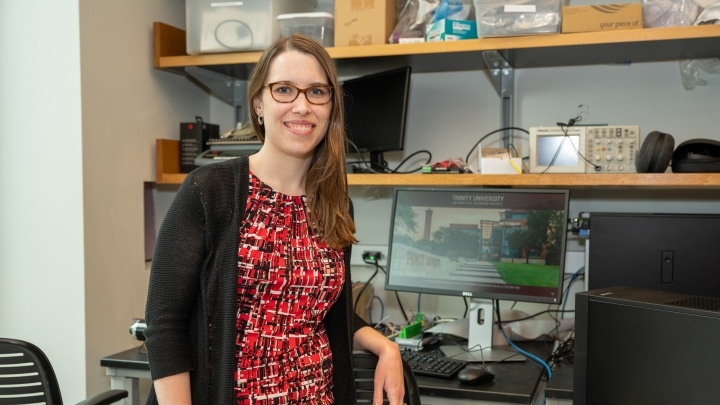 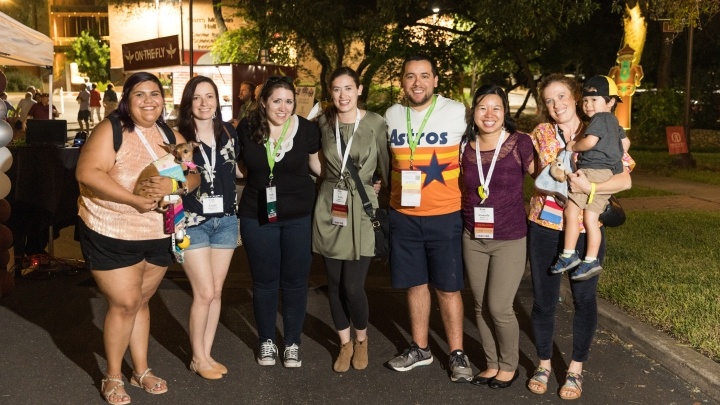 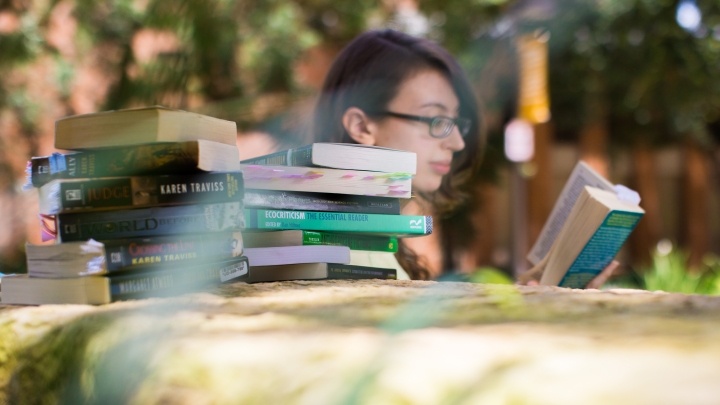