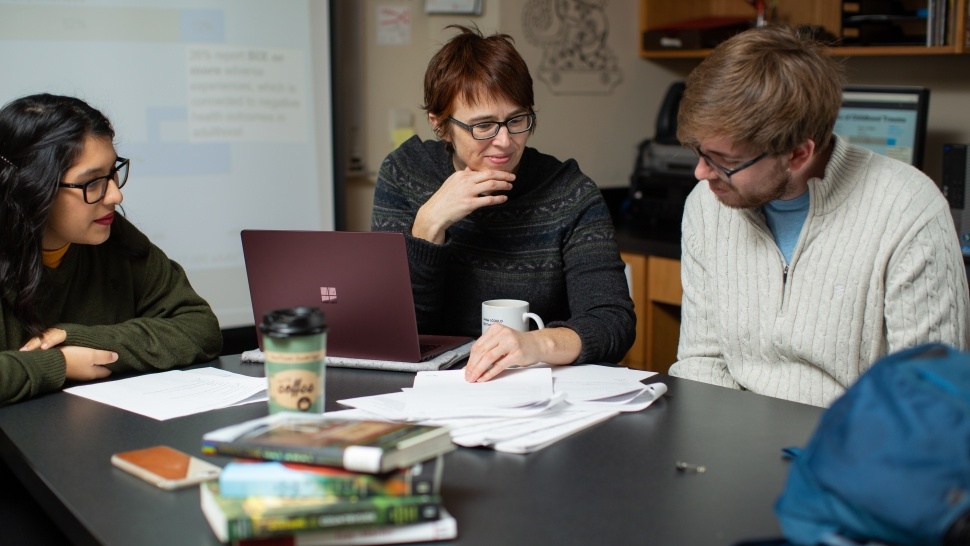 This past summer, a team of researchers and students set out to study resilience in San Antonio’s LGBTQ community. Supported by a 2017 grant from the Robert Wood Johnson Foundation, the three-year project, called Strengthening Colors of Pride, sheds light on the ways that difficult childhood experiences can affect LGBTQ individuals well into adulthood, while also exploring the strategies people develop to overcome adversity.

Amy L. Stone, Ph.D., a Trinity University sociology professor who studies belonging and marginalization in the LGBTQ community, led the project with Roberto Salcido of the Pride Center San Antonio and Phillip W. Schnarrs, a professor from the University of Texas at Austin’s Dell Medical School. Four Trinity students conducted the first phase of research during summer 2018.

“Being part of the LGBTQ community, this topic Dr. Stone wanted to explore is something close to my heart,” says sociology major Samsara Davalos Reyes ’19, a senior McNair Scholar and first-generation college student. The Houston native came to Trinity planning to major in engineering, but quickly discovered her interest in sociology while taking a course with professor Sheryl Tynes, who also serves as Trinity’s vice president for Student Life. “I started taking more classes”—including “Social Research Design” with Stone—“and found I really loved it,” Davalos Reyes says.

The first step of the Strengthening Colors of Pride project was to conduct a short survey, asking participants about their connectedness to San Antonio’s LGBTQ community, physical and mental health, resiliency, and demographics. The four students—Davalos Reyes, Katherine Sibley ’19, Philip “Monty” McKeon ’19, and Sarah Davis ’20—spearheaded the outreach effort, attending some 50 official and informal Pride events during May and June, making connections at social gatherings such as poetry slams and drag shows, and leveraging their own personal networks. Davalos Reyes, who is bilingual, translated the questions into Spanish to make the survey more accessible to a diverse audience. All told, the students’ efforts garnered almost 880 responses, including 525 fully completed surveys. Because the researchers were studying resilience, some of the questions on the survey shed light on respondents’ Adverse Childhood Experiences (ACEs) score—a measure of physical and emotional abuse, neglect, and other hallmarks of a rough childhood, such as having a family member who experienced addiction problems or went to prison. The higher the score, the rougher the respondents’ childhood appeared to be. 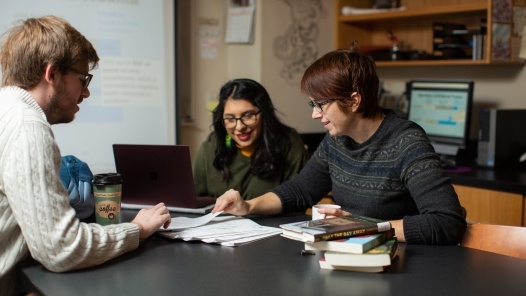 One of the most striking findings from the survey related to this score: More than 50 percent of respondents had an ACEs score of 4 or higher (out of 10). “That’s very unusual,” says Stone, explaining that nationally, just 12 percent of all adults have scores of 4 or higher. This difference led them to look more closely at relationships between parents and children when LGBTQ people are young. Stone emphasizes that the study’s findings do not indicate that having experienced adversity as a child makes someone LGBTQ. Rather, their data suggests “that LGBTQ adults were targeted as children,” Stone explains.

“The survey was really a gateway into an interview project,” Stone says. The researchers used the responses to select a smaller group of individuals for in-depth, in-person conversations about overcoming challenges from their youth. “We wanted to do interviews about resilience with people who have had reason to be resilient,” Stone says, so the team invited 82 people with a relatively high ACEs score or a very low income (under $30,000 annually) to participate in interviews, making sure to include at least 30 individuals from each of the major racial groups in San Antonio: Anglo, Latino/a, and African American. The students conducted the bulk of these interviews, which typically ran 60 to 90 minutes long, and initially worked in pairs. “Once we started getting the hang of it—recognizing the conversation patterns and how we should ask questions—then everyone started doing interviews on their own,” says Davalos Reyes.

In these interviews, Davalos Reyes was interested to hear that families can be a source of resilience for LGBTQ people facing adversity. “Often when we asked, ‘Who is your role model for resilience?’ people would say their mother,” she says. “Even if sometimes their mother didn’t accept their sexuality, she had taught them how to be strong and how to persist. So we found that it’s not black and white, either full acceptance or not. It’s a negotiation—family or culture can be a source of resilience, but there can still be some problems there.”

Stone also observed a “fierceness in the LGBTQ community,” noting how some respondents “were willing to use their family as models for resilience, but were also really clear with family members that if they weren’t supportive, they would end those relationships.”
Stone credits the team of Trinity students for the great breadth and depth of data gathered during the first phase of Strengthening Colors of Pride. “They were absolutely amazing—very professional and organized,” Stone says. “I got compliments on them from people in the community and members of my research team. A colleague from a larger university told me, ‘Our undergrads don’t do this kind of work!’”

The experience also made a significant impact on the students as well. “I interviewed six people last year for the McNair Scholars program, and I thought that was a lot,” Davalos Reyes says. “Interviewing 60 was a completely different thing. I got to see it from the very start—going to events, recruiting people, speaking to those individuals—which was very special, because it was a full circle. I’d never done anything like that.”

The researchers and students alike found the interview experience emotionally exhausting at times. Davalos Reyes remembers how one individual who told her that, as a young adult, he had “an entire wall full of obituaries of friends he’d lost to HIV and AIDS,” she says. “Hearing that from someone who is part of the LGBTQ community, who went through so many struggles, it connected me more to my community.” She recalls how they made boxes of tissues available at the interviews, which were used by the participants and research team alike. “Dr. Stone was very conscious that this was heavy stuff and encouraged us to take a moment for ourselves, to take a break when we needed to,” Davalos Reyes says. “But we all persisted and kept wanting to do this work, because we all felt invested.”

Now that the first phase of the project is winding down, the researchers are preparing for a second round of surveys, which Stone says will be longer—taking roughly 30 minutes to complete, as compared to 10—and more comprehensive. The researchers will again be joined by another group of students charged with recruiting participants.

Though the data is still being analyzed, the team is already considering potential outcomes and applications of their research. “We’re hoping to shape new policies about the LGBTQ community, especially related to healthy behaviors and how to cultivate more resilience to adversity within this population,” Stone says. “We also plan to put together some programming about ACEs, childhood trauma, and health for Pride center organizers, so they know how to develop programs around these topics and issues.

Davalos Reyes, who is graduating this spring and planning to pursue her master’s degree in teaching, notes that she gained personal enrichment from being part of the project, as well. “I learned about respectfully integrating into a community,” she says. “It’s something you have to do with a lot of awareness of the places you’re entering—knowing that you’re not just there to recruit people, but to genuinely listen to them and get to know them. That’s going to help me when I go off to be a teacher, because I want to make sure I am really integrating myself and getting to know a community as a whole.”

The Robert Wood Johnson Foundation’s funding of Strengthening Colors of Pride will conclude in 2020, but Stone plans to continue down this line of research. “It has already spawned an idea for a new project examining the effect of anti-LGBTQ legislation on the mental health of LGBTQ people in San Antonio,” Stone says. “We’re already looking for funding for a spinoff study next summer!” 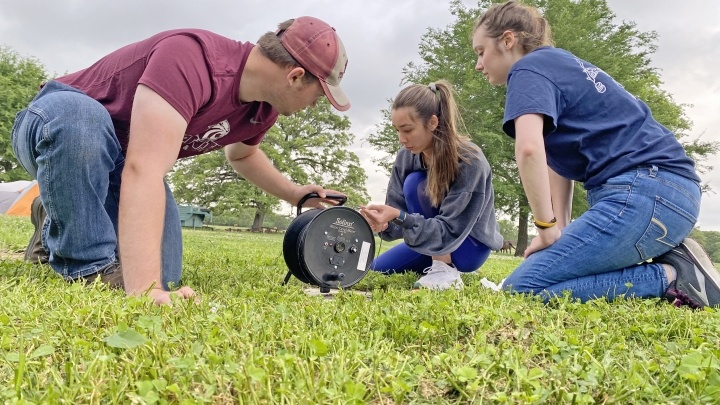 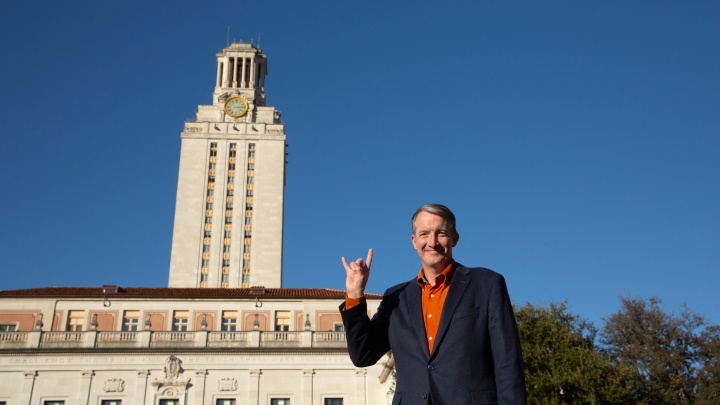 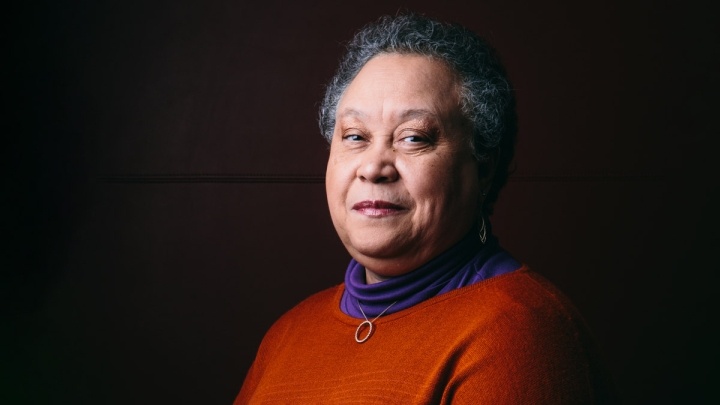