A goal of the MAS Program is to support engagement with the MAS world not just in Trinity classrooms, but on the ground in the region as well. Each Trinity Study Abroad trip exposes students to everyday social and political issues that affect these developing nations. Furthermore, it is a cultural experience they will never forget.

Majors are strongly encouraged to participate in the numerous study abroad programs offered by the Center for International Engagement, which include opportunities in Spain, Central and South America, Mexico, and beyond. Past students have been to Nicaragua, Costa Rica, and Cuba, among other locations.

During a six-week summer program in Madrid, Spain, students work in a variety of settings, conducting all business in Spanish. This international immersion experience gives students the opportunity to live with Spanish families, work in Spanish companies, study Spain with Trinity professors, and explore modern Spanish society.

Trinity professors say that they see students mature in front of their eyes and that students end the session with the ability to speak Spanish effortlessly and with confidence. Students have called the experience "a trip of a lifetime" that represents a true highlight of their time at Trinity.

Visit the Madrid Summer Program page to find out more. 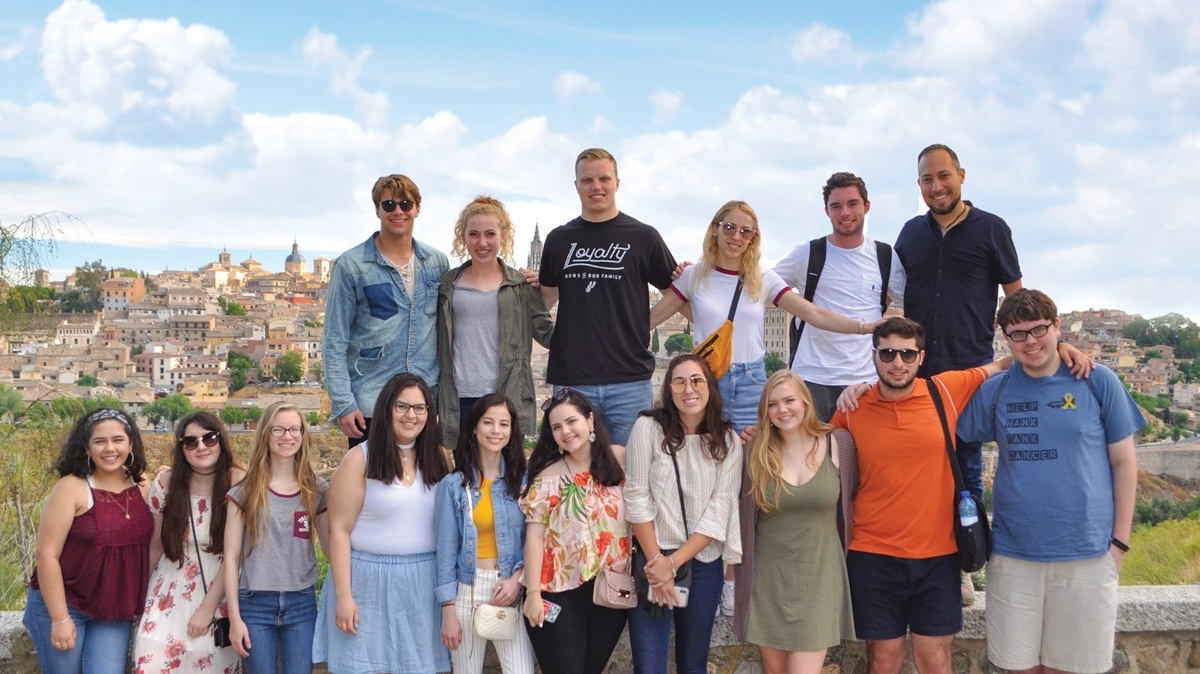 During recent Madrid programs, students have:

By day, the students report to their internships. At night, they experience the culture of Spain by attending ballets, movies and music performances and dining in Spanish restaurants. They also participate in classes conducted by Trinity professors in charge of the delegation. Weekends often involve excursions outside Madrid to Spanish historical sites.

Students explore the many faces of Spain in a full semester experience abroad with Trinity companions.  Students are given the opportunity to truly become a part of Spanish life, living with Spanish families and participating in part-time internships at a variety of locations including NGOs, Museums, Cultural and Financial organizations, and schools .  Students will truly experience the complex, and multicultural old and contemporary Spain.

Madrid was such an amazing program. Not only did I get the experience of an internship in a professional environment, but I also got to live in an entirely new culture and explore all over Spain. Living in Madrid for 7 weeks was an experience unlike any other because I got to know and love the city with my peers from Trinity.

Trinity students live in an increasingly diverse and interconnected world where borders mean less and collaboration, tolerance, and intercultural communication mean more. This exciting opportunity to travel to Nicaragua on a  9-10 day field trip during Spring Break will illustrate several course topics through first-hand experiences in nature reserves and visits with people working on successful grassroots projects that address preventable causes of environmental degradation and human illnesses and death.

Trips to urban and rural Nicaragua give students the opportunity to gain first-hand exposure to the environmental and health issues affecting developing nations, supplementing and developing the skills and material presented in our courses. Students get to  visit ecological preserves, explore the impact of agribusiness and monocropping on small farmers, water resources and biodiversity, and urban slums. 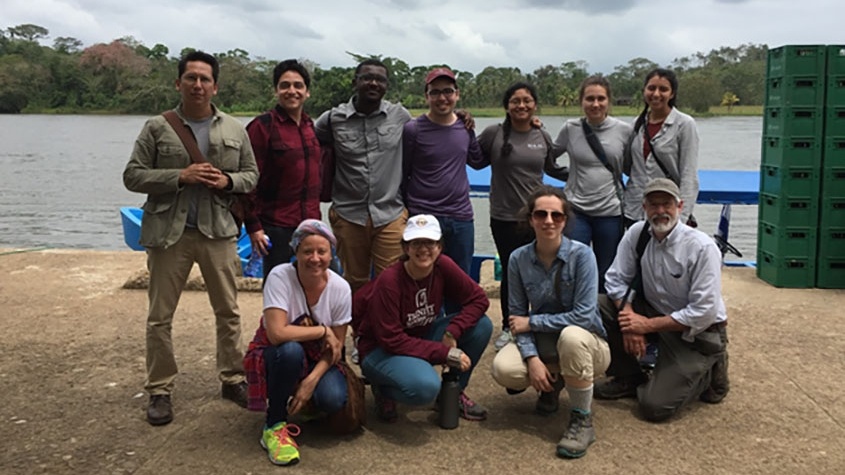 The Nicaragua health and the environment field trip is an opportunity for students to engage with activists, organizers, and everyday people throughout the country who are working tirelessly to secure human health and environmental sustainability for the good of their communities, often with few or no resources. The students experience firsthand the real human and environmental stakes of the cases and concepts we deal with in our campus-based course International Issues in Health and the Environment. This is a challenging program that forces students outside of their comfort zones as we move from urban slums to rural communities to remote bio reserves and protected areas.

After the revolution, Cuba became a place of political, cultural and scientific innovation. Her healthcare system became a model for many countries, racial and gender justice was achieved by decree, and film became a powerful tool to promote the revolutionary principles. However, after the 1970’s, as the Cuban government moved from socialist communism to a Leninist communism, everything changed. These changes were more drastic with the end of the Soviet Union and the beginning of the Cuban Special Period in the 1990’s.

This course will explore these historical changes that had labeled Cuba as an island “lost in time” by focusing on three topics that are crucial for Cuba’s global acknowledgement: Gender, Race and Healthcare. Although these three topics can be separately considered, they are deeply interrelated and in constant exchange with Cuba’s economy and politics, as women and LGBT communities challenge their social participation, Afro-Cubans claim their space, and healthcare becomes threatened due to Cuba’s slow movement to globalization.

Cuba Beyond the Classroom Experience (Spring 2021)
During Spring Break, students will travel to Cuba and be able to learn from activists and experts how Cuban political resiliency and current transition is impacting social discourses around gender roles, racial animosities and healthcare outreach. 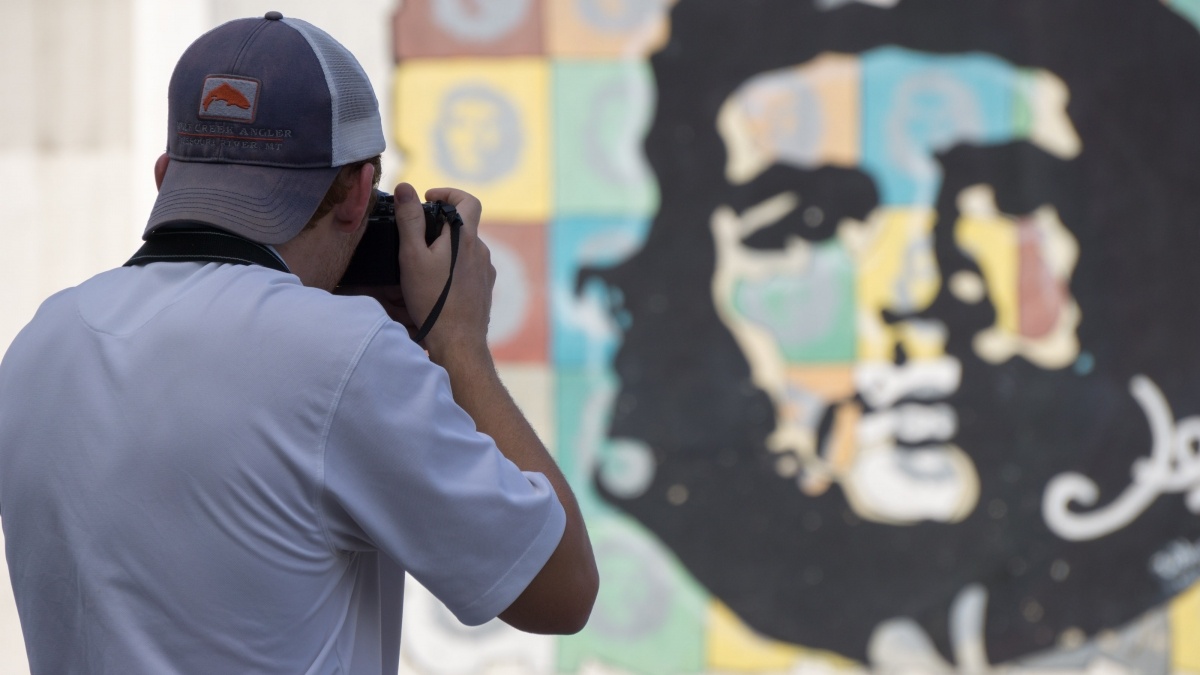 From rainforests to cloud forests

Few places in the world contain as much ecological diversity in a relatively small area as Costa Rica. Its complex systems have fostered the evolutionary development of many unique species set in a constantly changing landscape.  Students in the Costa Rican Ecology Program will spend a month surveying and sampling a variety of mammals while studying the physical and cultural differences of the country from sea level rainforests to high elevation cloud forests.

Visit the Costa Rica Ecology page to find out more. 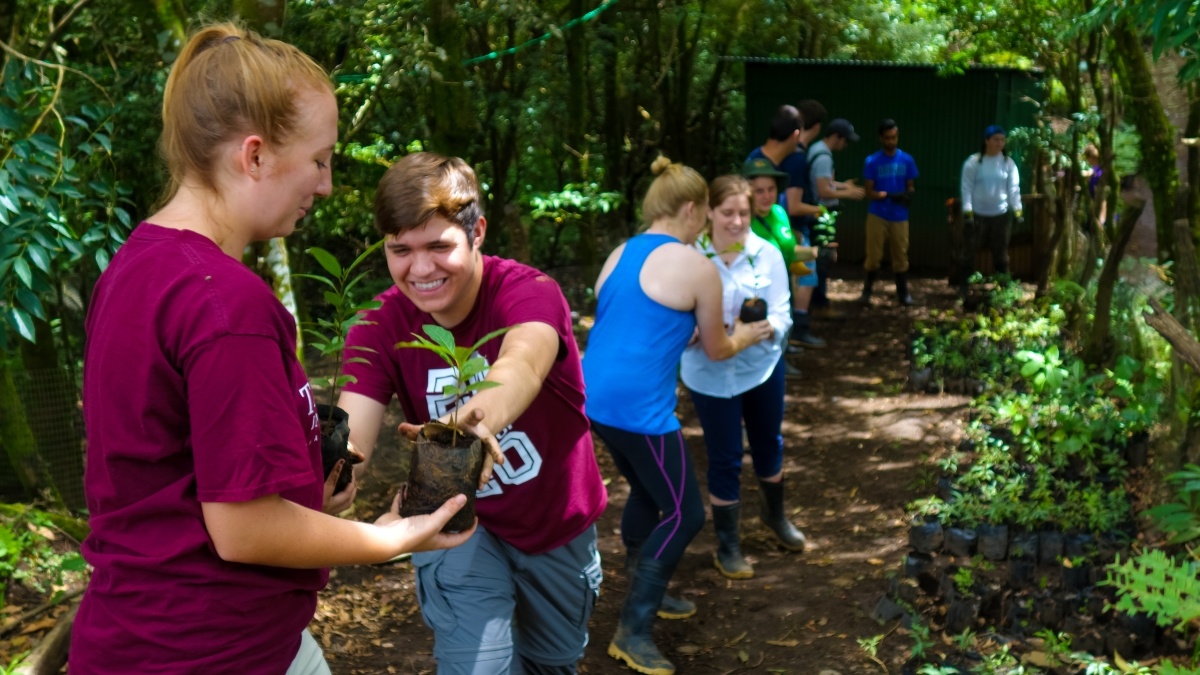 Ultimately, the Costa Rican Ecology study abroad program allowed me to gain experience researching in a field environment, get a glimpse of unique ecosystems with almost unparalleled biodiversity, and visit a beautiful country that I had never explored before in much greater depth than a simple vacation could ever allow.

Explore the many faces of Spain in a full semester experience abroad with Trinity companions.  Students are given the opportunity to truly become a part of Spanish life, living with Spanish families and participating in part-time internships at a variety of locations including NGOs, Museums, Cultural and Financial organizations, and schools. Students will truly experience the complex, and multicultural old and contemporary Spain.

Participants will have a wide selection of courses to take while abroad.  Students can earn up to 15 hours abroad, some of which count towards Pathways, participate in an internship, and will have the opportunity to travel Spain for 8 days as a part of a pre-program seminar.  There are three available tracks for students with beginning to advanced levels of Spanish. 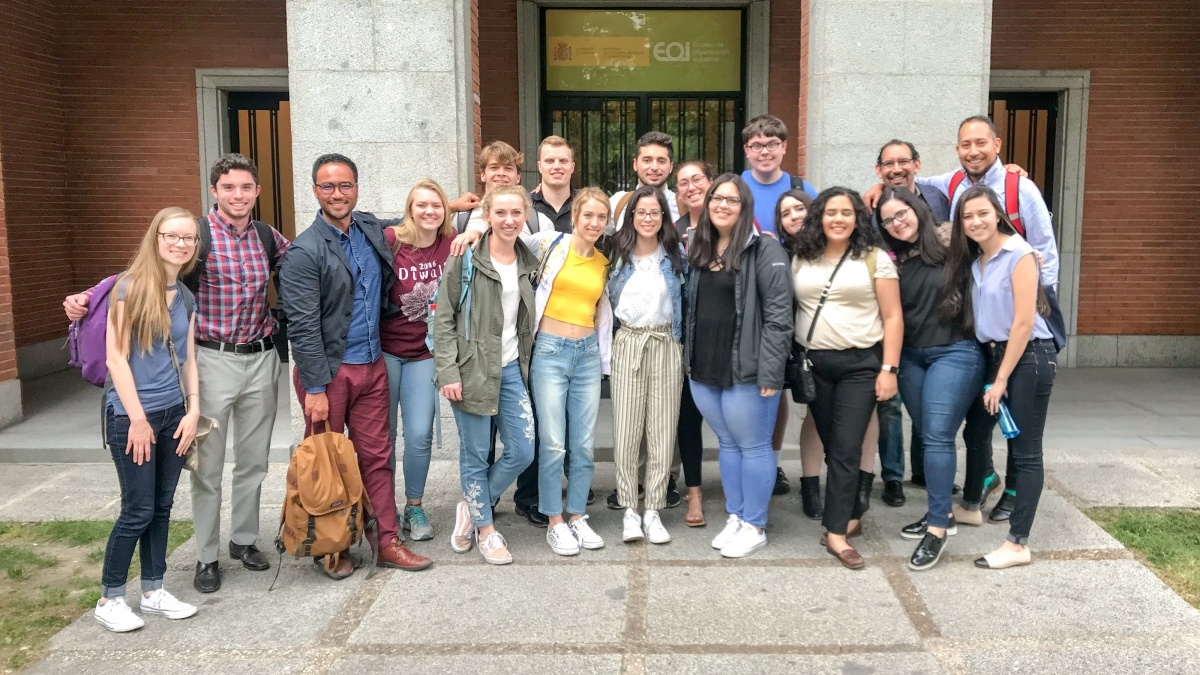 There are three tracks for this program:

The following classes will count towards Pathways

My semester in Madrid was unforgettable. I will always treasure the time spent exploring new neighborhoods and experiences with my friends, my family away from home. I never expected to learn this much from any study abroad program, but my experience in Spain truly opened my world to international opportunities that I want to be a part of.