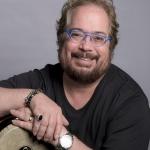 Conga dynamo Henry Brun, “Mr. Ritmo” to his fans, is hailed as one of the most talented and hardest working professional musicians and band leaders in the Southwestern U.S. He has performed on more than 845 recordings and received many accolades, both as an individual artist and as a member of the Latin Playerz, a group he founded in 1989. 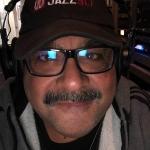 A lifelong music lover, Jorge started drifting towards jazz when he worked as a recording engineer in the late ’70s, but truly dove deep into the art form once he started working at KRTU in 2010. He curates his Jazz de México show as an exhibition of all genres and subgenres that fall under the umbrella of jazz connected in one way or another to Mexico. 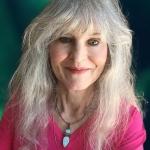 Katchie is an accomplished Fulbright Senior Specialist for the U.S. Department of State, professor of music at Northwest Vista College, and flutist and performer. Hailed as "a soulful intellectual with a velvet sound and uncommon ability" by NEA Jazz Master Jimmy Heath, she combines an extensive background in musical performance with ethnomusicology. 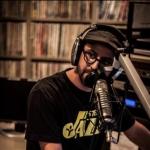 Since the late ’90s, DJ GIBB has been involved in the DJ scene, initially as a House DJ but now as a Hip Hop DJ. Every Saturday morning when he wakes up, he prepares his show. He selects a track with a specific bpm and improvises from there. He explains, “the show and the track listing are spontaneous and improvised, much like jazz.” 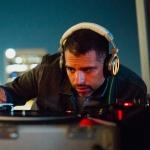 Chris’ journey with jazz and indie music began when he was in school. He works as a web developer and software engineer here in San Antonio, and is very involved in the local music scene, often DJing with JJ Lopez and Leonard Trujillo. He plays new music from small labels on his jazz show and curates his indie show like a mix-tape. 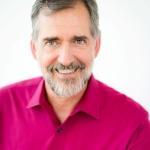 Barry works for the Air Force Research Laboratory at Fort Sam Houston and is active in community theater. He hosted Evolve for about 10 years on KRTU before The Art of the Trio. He explains, “I love the intimacy, openness and freedom in jazz trios. So I wanted to do a show focused just on trios.” He hopes to educate listeners and help them appreciate the jazz trio format. 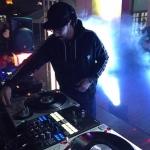 JJ is a dedicated broadcasting music-industry professional with over a decade of vested experience in non-commercial educational and community radio. He is currently the General Manager of Trinity University’s KRTU 91.7FM where he also teaches audio production and podcasting. As a radio broadcaster and producer, JJ is an avid record collector of soul, jazz, and disco music with 25 years of experience as a Disc Jockey. 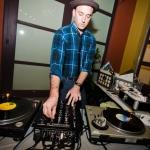 Ben is a swing dancer, amateur clarinetist, avid jazz record collector, and educator. He got involved with KRTU, as he explains, “because the preservation of this music is so important and the work of independent non-commercial radio is vital to the community. These recordings have shaped our world and culture for decades.” Connect with Ben at: https://benluhrman.wordpress.com 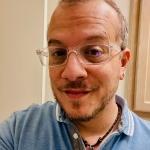 In 1994, JC’s life changed when he heard the very first notes of Coltrane’s Blue Train and looked down at the album’s cover. Having a background in graphic design, Blue Note’s album covers inspired him to explore all the label’s music. His show’s goal echoes that of the music label: to serve the uncompromising expressions of authentic musical feeling. 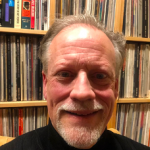 In the spring of 1977, Chuck took an Appreciation of Jazz course at college. Chuck remembers that the course changed his life for the better and encouraged him to pay close attention to jazz and music. Chuck uses his show to share his love of jazz and do today what his professor did for him back in 1977: create passion through learning and listening. 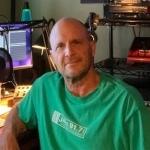 In addition to being a host, Chip is a business owner and musician. His father was a jazz musician, and Chip believes to have “inherited some kind of musical awareness” from him. Chip supports KRTU and its mission because he believes that KRTU delivers an unparalleled wealth of great music and personal listening experience in San Antonio. 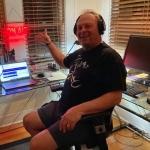 David’s journey with New Orleans and its music began in 1980, and he developed an intimate knowledge of the city’s music scene over the following decade. At the beginning of the COVID-19 pandemic in March 2020, David had a vision of hosting a New Orleans radio show on KRTU and began researching in order to develop what has become the New Orleans Roots Music Show. 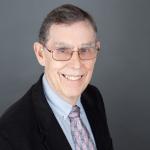 Carl Stewart has been a jazz fan for 50 years, starting when he played clarinet in the high school band and orchestra in Portland, OR, and fell in love with the music of Pete Fountain. Then his appreciation of jazz grew from that to include Stan Kenton, the Modern Jazz Quartet, and eventually untold numbers of other jazz musicians, in many genres. Carl has been a resident of San Antonio since 1973, after marrying a San Antonio rose named Irene, and has been a listener and supporter of KRTU since around 1980. 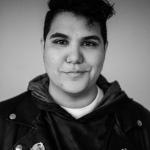 Alyson (they/them) is a music producer and local musician, and has been an active member of the Texas music scene for over 14 years. When remembering early exposure to the music scene, Alyson said, “I was just like Pac Man... trying to absorb all the new music I could.”

When asked about hopes for the future of Queer Vibes, they replied, “I hope, one day, to fill the show with a few hours of local queer music… I hope this platform gives more artists around the city the confidence to be out and proud.” 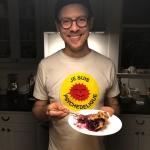 Justin is a sound artist and educator interested in field recording, modular synthesizers, coffee, pie, wine, sneakers, and playing in the band (Garrett T. Capps and Nasa Country). He has been a KRTU host for 11 years. Justin loves music—all kinds of music—and his enthusiasm for recorded sound continues to grow year by year.

Chris’ journey with jazz and indie music began when he was in school. He works as a web developer and software engineer here in San Antonio, and is very involved in the local music scene, often DJing with JJ Lopez and Leonard Trujillo. He plays new music from small labels on his jazz show and curates his indie show like a mix-tape. 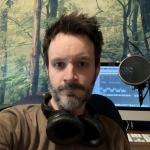 In addition to working as a data coordinator at Trinity, he is a composer, music producer, and collage artist. His first genuine and soulful experience with jazz music was at the Denton Jazz Festival in 2007, and he has been listening to indie music since the ’90s. KRTU became a personal favorite of his when he moved to San Antonio. 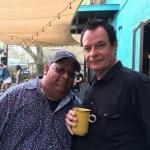 Orlando has been involved in making music more accessible for much of his life. In the ’90s he produced a music TV show called Indievision. He joined KRTU full of ideas and sought to make his show an inspiration to listeners similar to how early BBC had been for him. He states, “Music means everything to me, it’s my life really and I wouldn’t have it any other way.” 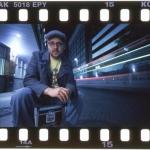 Born and raised in San Antonio, Leonard Trujillo has been a mainstay in the local music scene for 30 years. He is passionate about education, deejaying and mentoring children through music. As a graduate from The University of the Incarnate Word, Leonard has pursued his interests in Special Education as an educator for NEISD for the past 15 years while continuing to produce his weekly mix show on 91.7 KRTU FM. He has collaborated alongside some of San Antonio’s finest deejays and continues to provide music on San Antonio’s airwaves on 91.7 KRTU FM for his weekly show House Nation. 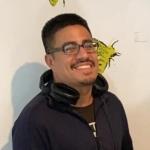 Miguel has been involved with community radio since 2004, starting at KFAI Fresh Air Community Radio in Minneapolis/St.Paul, and joining KRTU in 2019. He was an aspiring DJ that wanted to produce a show that was like a Latinx "Wax Poetics". After receiving studio and broadcast training from KFAI, he created Radio Pocho in 2010 with his DJ partner Steven Renderos. Radio Pocho is a music show that highlights Latinx Indie artists, and other music Latinx curators love. Miguel arranges the weekly playlist with input from his co-hosts, and is especially passionate about the show's music diversity. Miguel produces weekly episodes remotely with Twin Cities co-hosts Brenda Azueta, Cristina Selvan-Morfin, and Terrell LaMarr. Connect with Miguel.